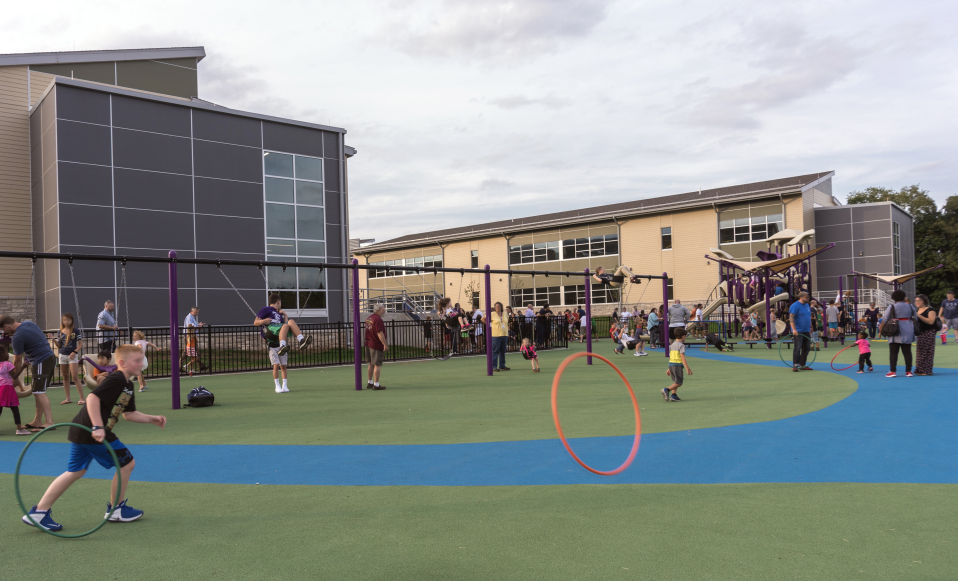 On August 28th, Phoenixville Area School District welcomed parents, students, and the entire community to tour the New Early Learning Center and Manavon Elementary School. It was a sight to see, the parking lots were full and there was an attendance of over 2,500 people. The sidewalks, tables, and playgrounds made it obvious that it was a successful turn out.

Guests indulged themselves in self-guided tours of the new facility, played on the play areas, joined in soccer clinics on the fields, enjoyed grilled burgers and hot dogs (compliments of the School District), and were entertained by the upper grade musical entertainment outside.

The evening was a resounding success, to celebrate the opening of the new school. Many people offered unsolicited comments. Middle school students were overheard saying, “I wish I could go back to third grade!” The central media center (located in the open core of this building) was an obvious success, as it was impossible for guests to not sit down and pick up a book. Children were so excited about the colorful and fun furniture pieces that all had to ‘test’ them out. 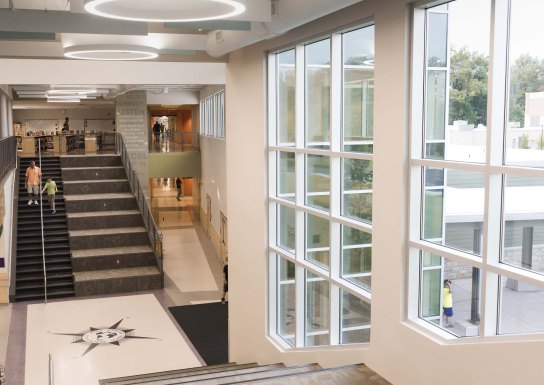 SCHRADERGROUP (SG) applauds the Phoenixville Area School District for its progressive educational approach and wishes the best for the Phoenixville community in its use of this Early Learning Center and Manavon Elementary School for many generations to come!
Back to News