The existing Hayshire Elementary School, a 50,000 SF facility, was reorganized to add third grade to their K-2 facility in response to an increase in student population. The entire facility was rearranged programmatically and approximately 30,000 SF was added. Other goals included unifying three generations of disparate additions, updating all building systems, and completely renovating the interior.

Additions include a new wing housing eight kindergarten classrooms, a new main entry and administrative offices. The “cafetorium” — inadequately doubling as a cafeteria and a gymnasium — was replaced by a new community space providing a full kitchen, cafeteria, gymnasium and stage. The former cafetorium became a new media center which functions as the core of the building. The educational design of the building focuses on the “school within a school” concept.

Brightly colored bricks and concrete block patterns are used on all new portions to enliven the former austere exterior. A “scale wall” was created adjacent to the main entryway, helping the children to become aware of scale by noting their height in comparison.

Sustainable design techniques and materials were incorporated; however, the District elected not to pursue LEED certification. 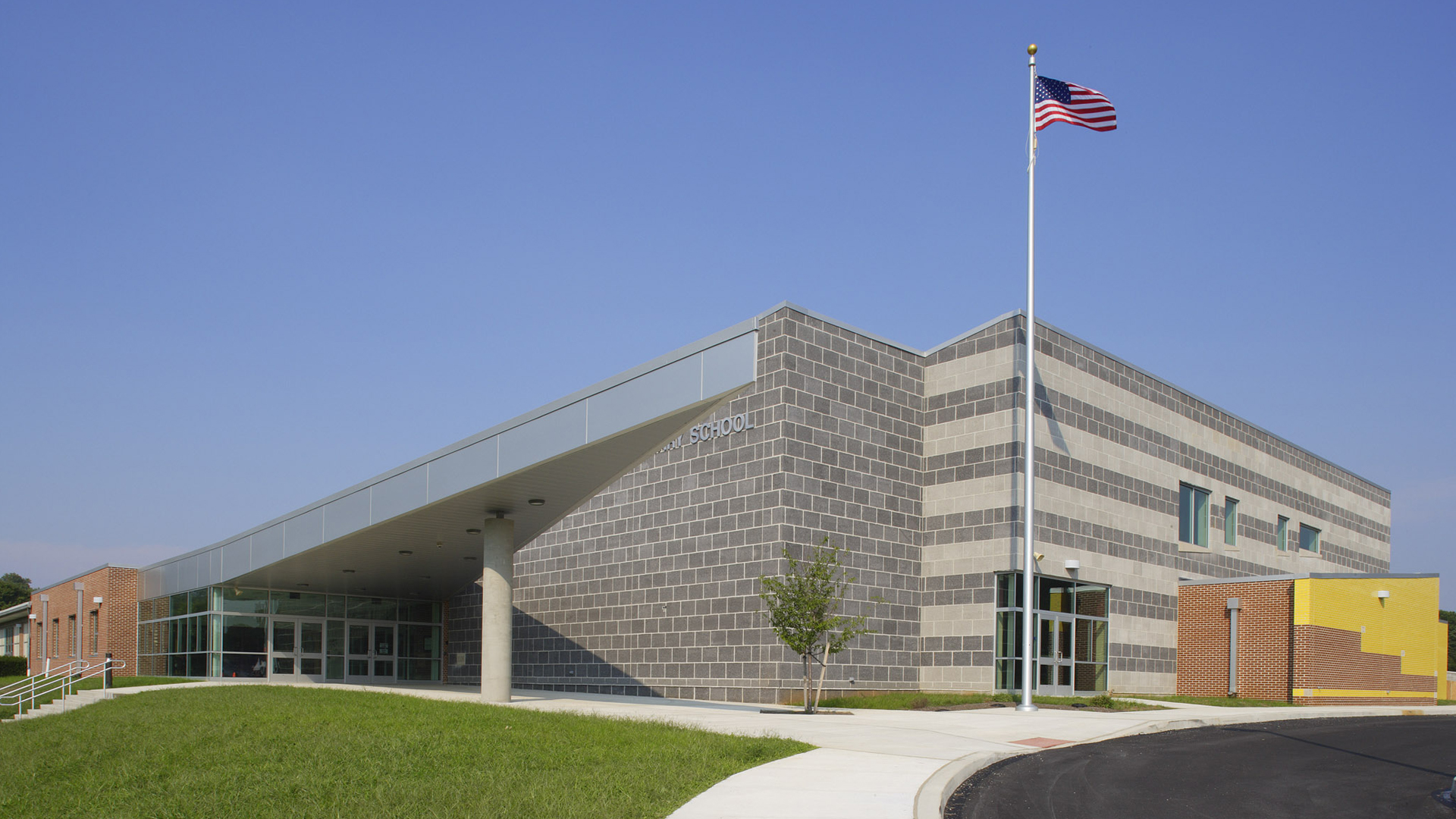 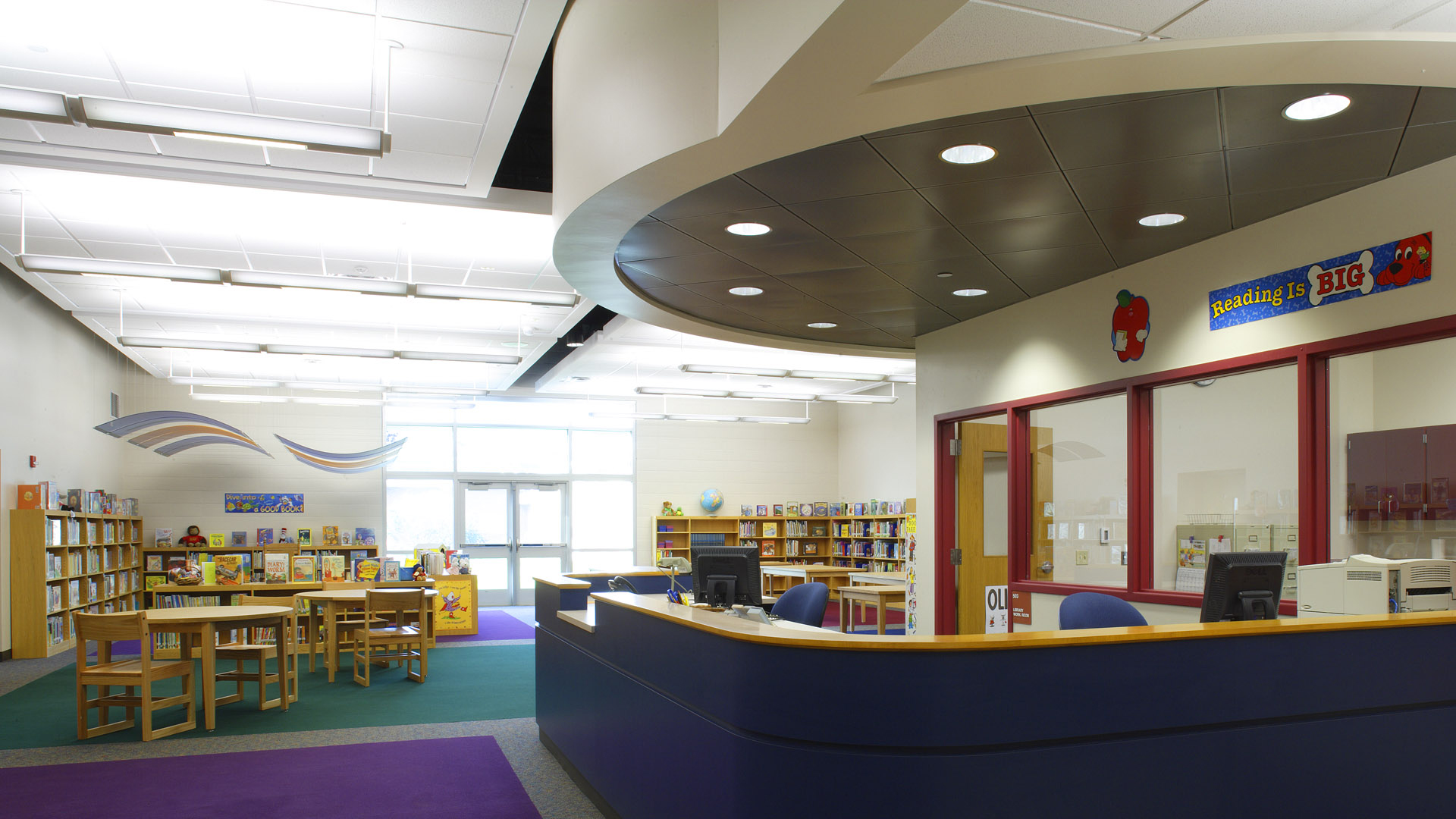 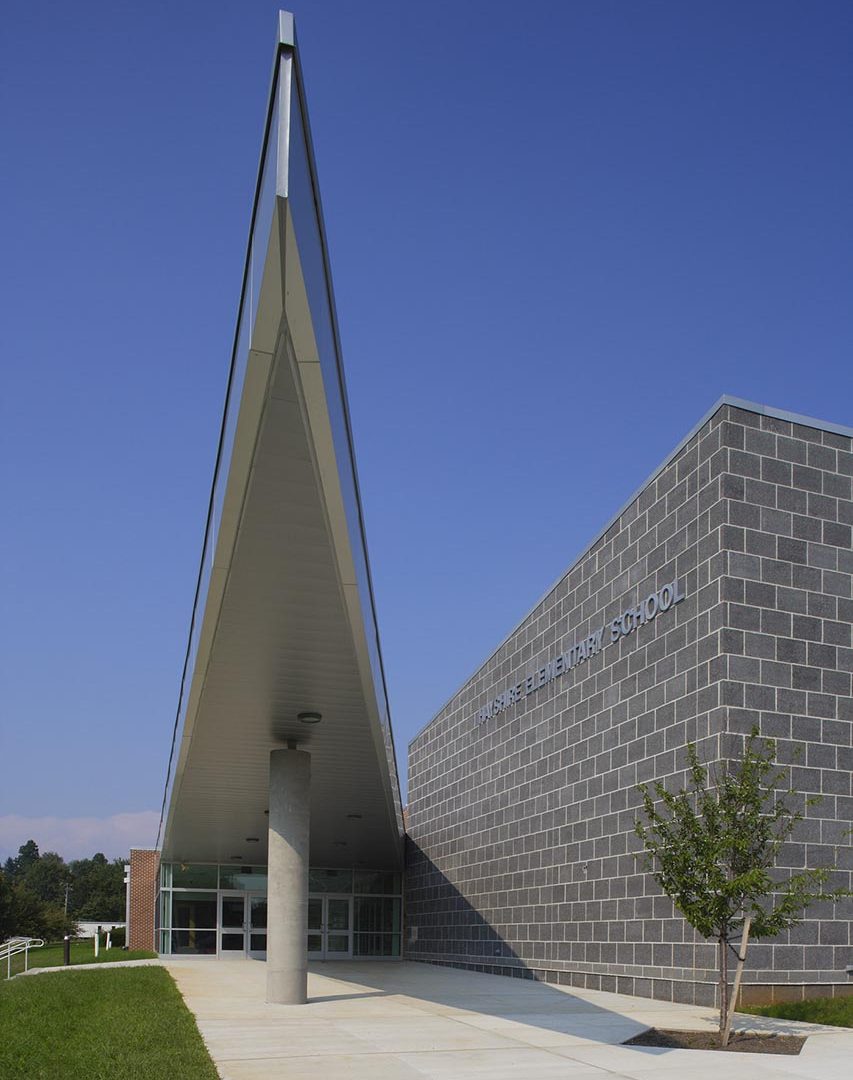 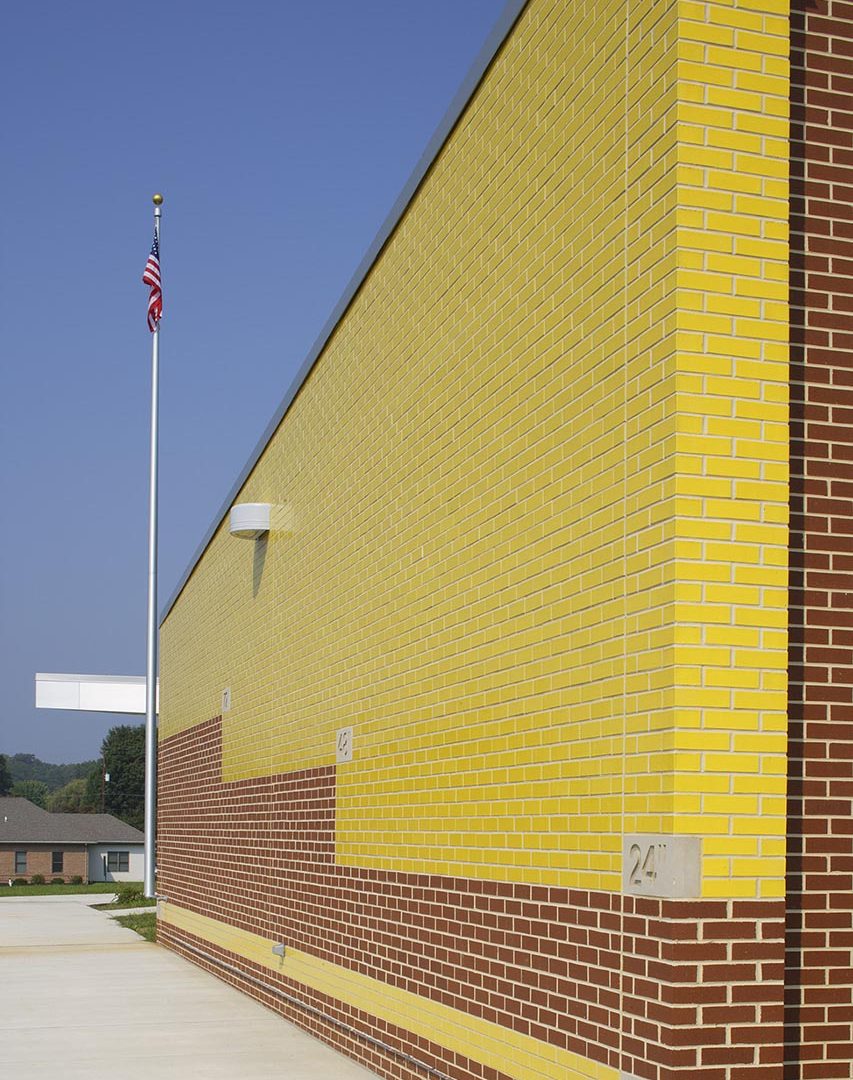