The renovations and additions to Rolling Hills Elementary School is another in a series of building construction projects in the school district. To facilitate the construction, the students were relocated to another school for one year so that the building could be renovated unoccupied. The relocation was instrumental for this project to allow an originally open classroom design to be completely altered to support the next generation of learning.

Rolling Hills Elementary School is a 75,121 SF single-story elementary school for grades K-6. The building layout was overhauled with everything removed to the concrete structure to convert the existing open classroom layout to a traditional configuration with natural daylighting.

With the exception of the multi-purpose room which remained in its previous location, the majority of the other spaces were reconfigured within the parameters of the original building footprint. Additions for an expanded administration area, classrooms and stage were added to support the program. The building received all new exterior and interior walls as well as new mechanical, electrical and plumbing systems.

The design incorporated energy efficient solutions, including solar panels on the roof, and achieved LEED Gold Certification and an ACE Grant from the Commonwealth of Pennsylvania. The transformation is further exemplified with an identifiable high-volume main entrance that floods the space with natural light. New exterior façades and windows with variations in materials break up the horizontality of the one-story classroom wings. 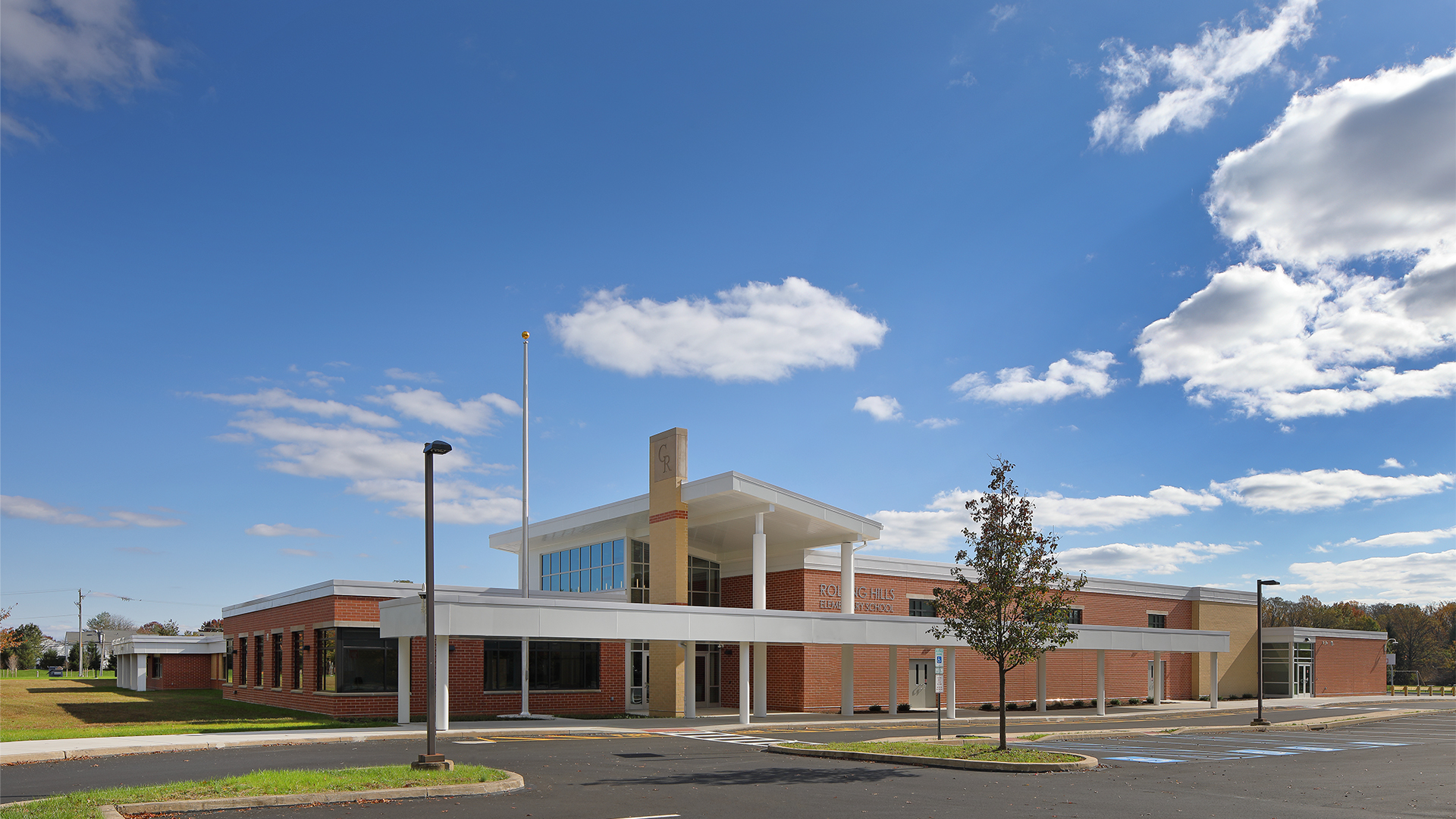 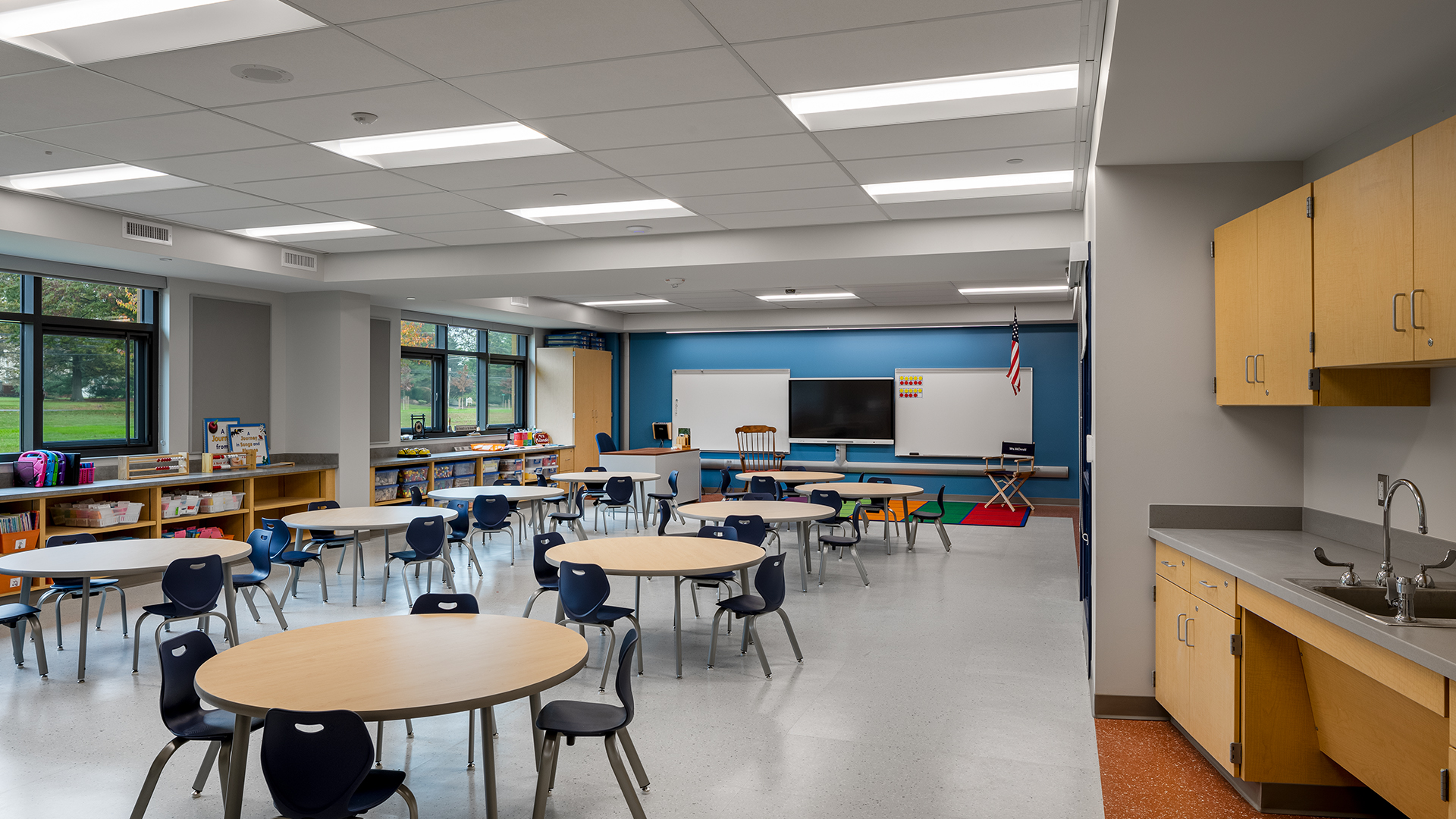 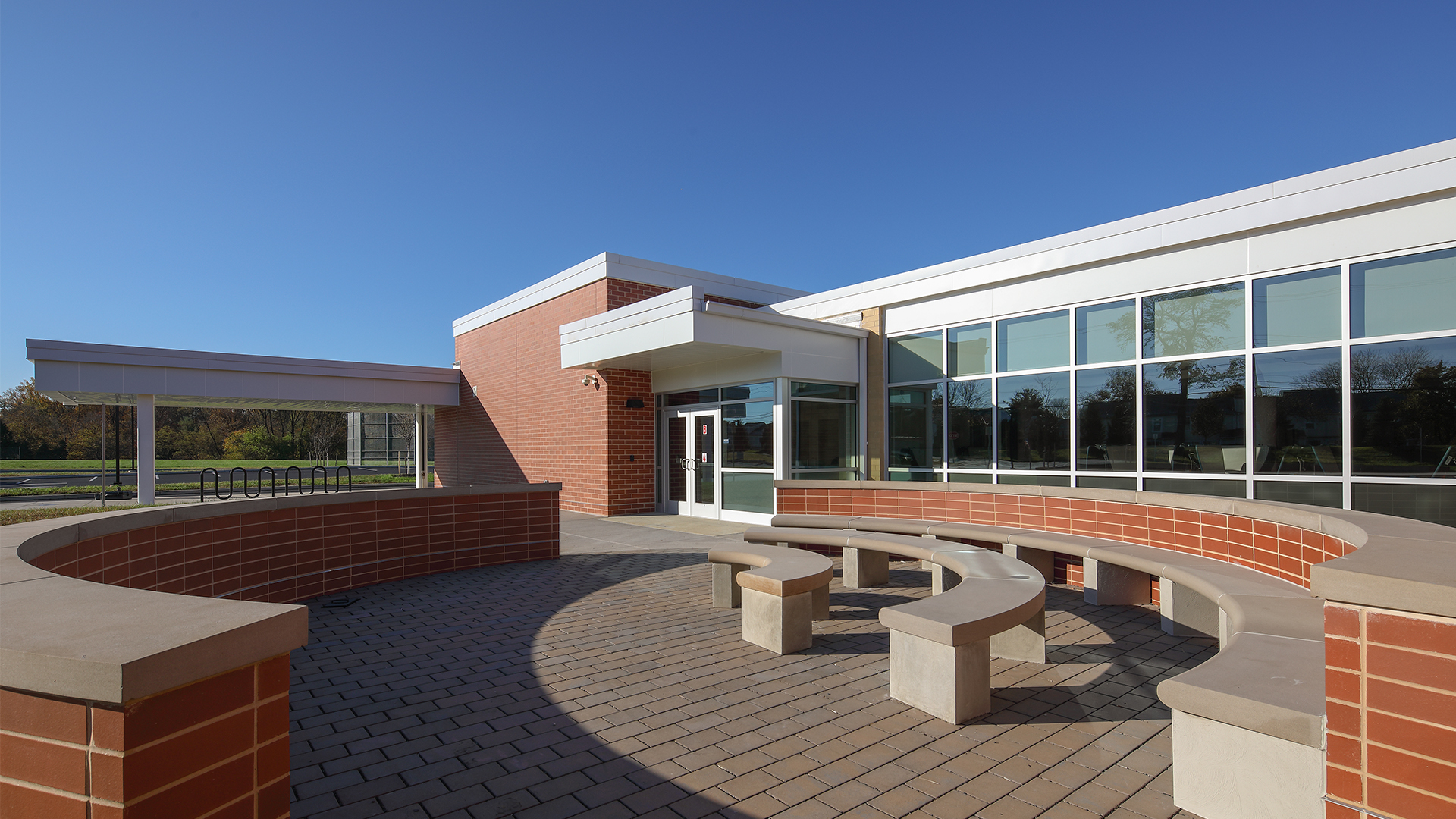 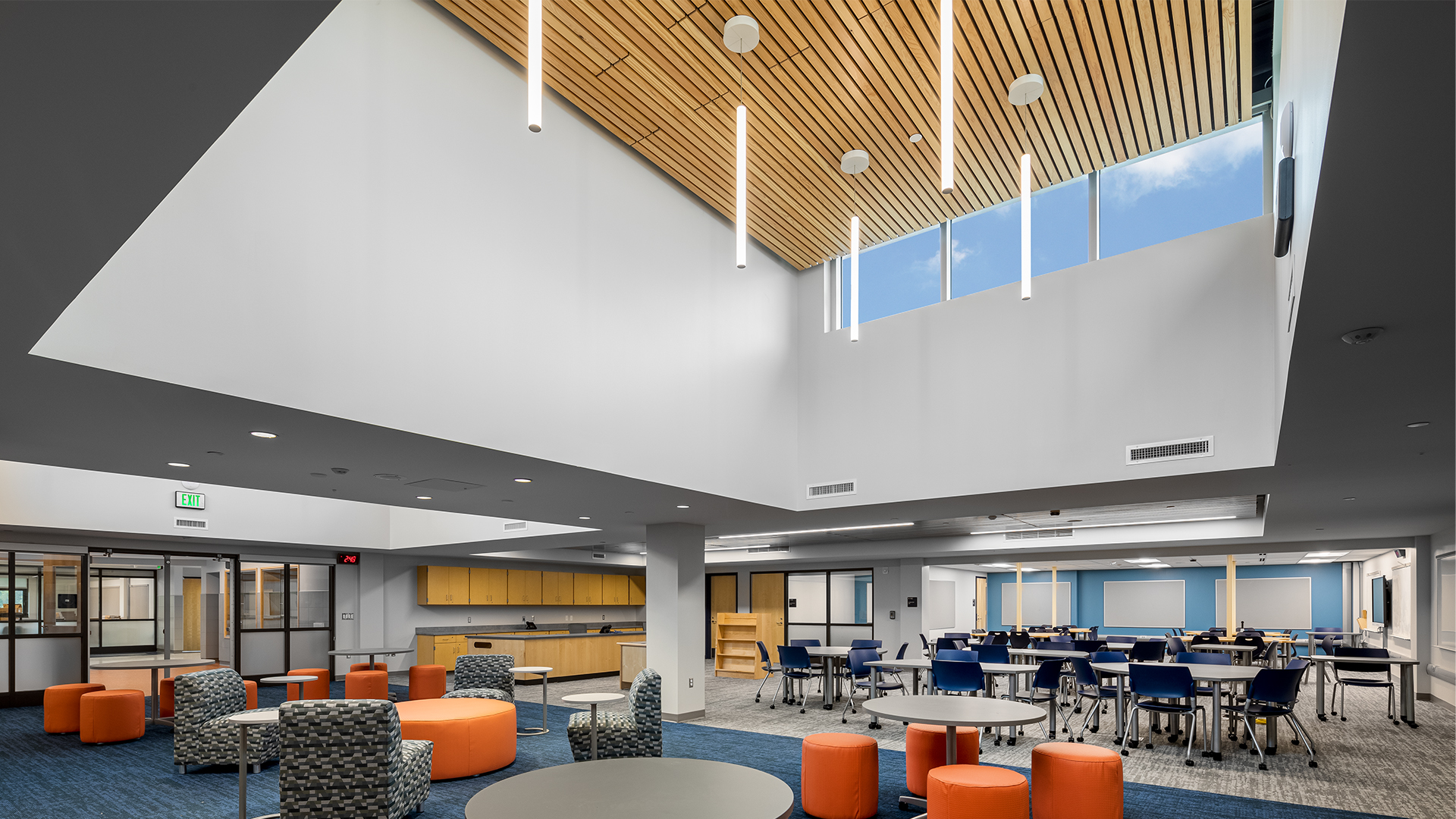 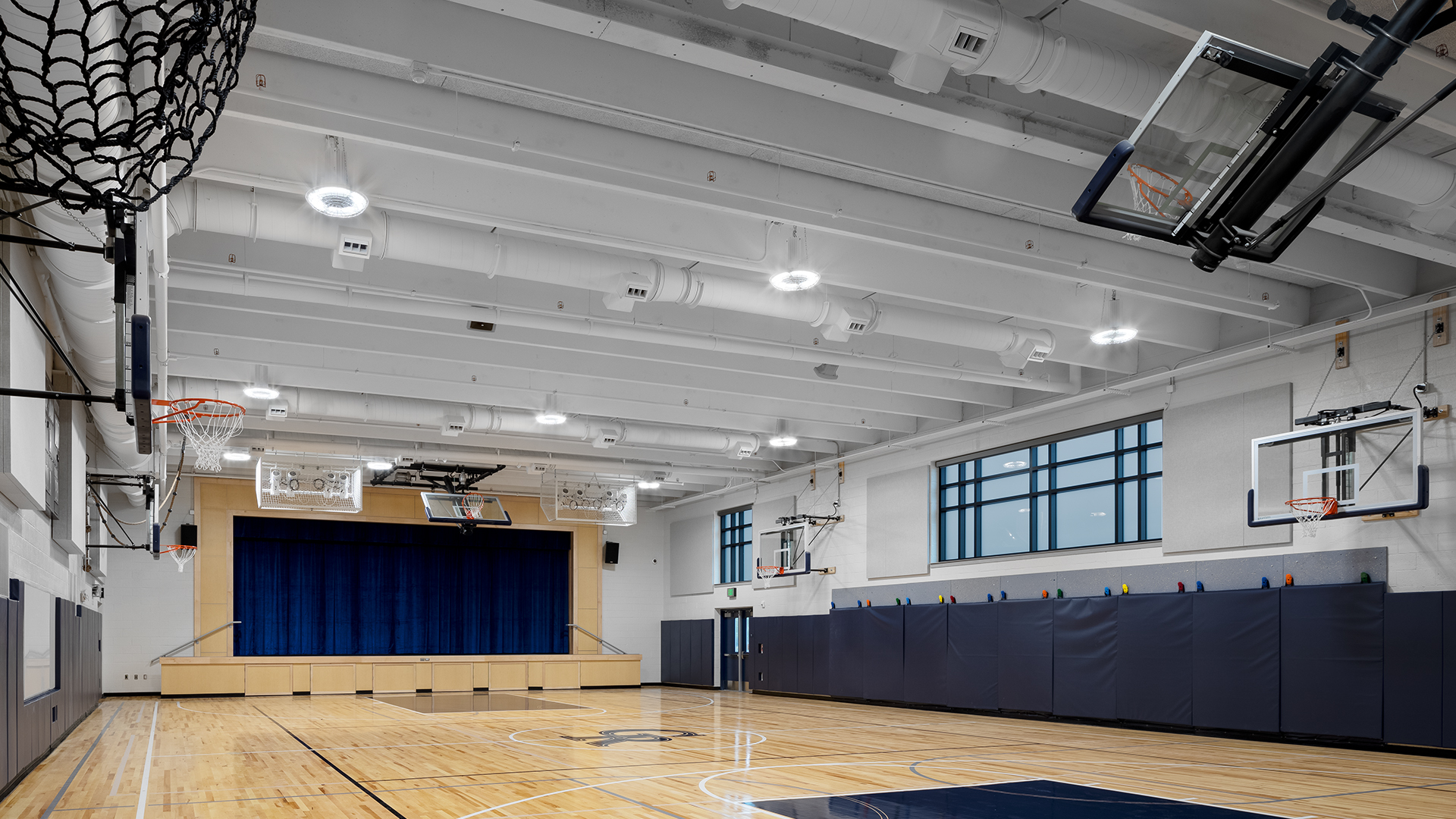 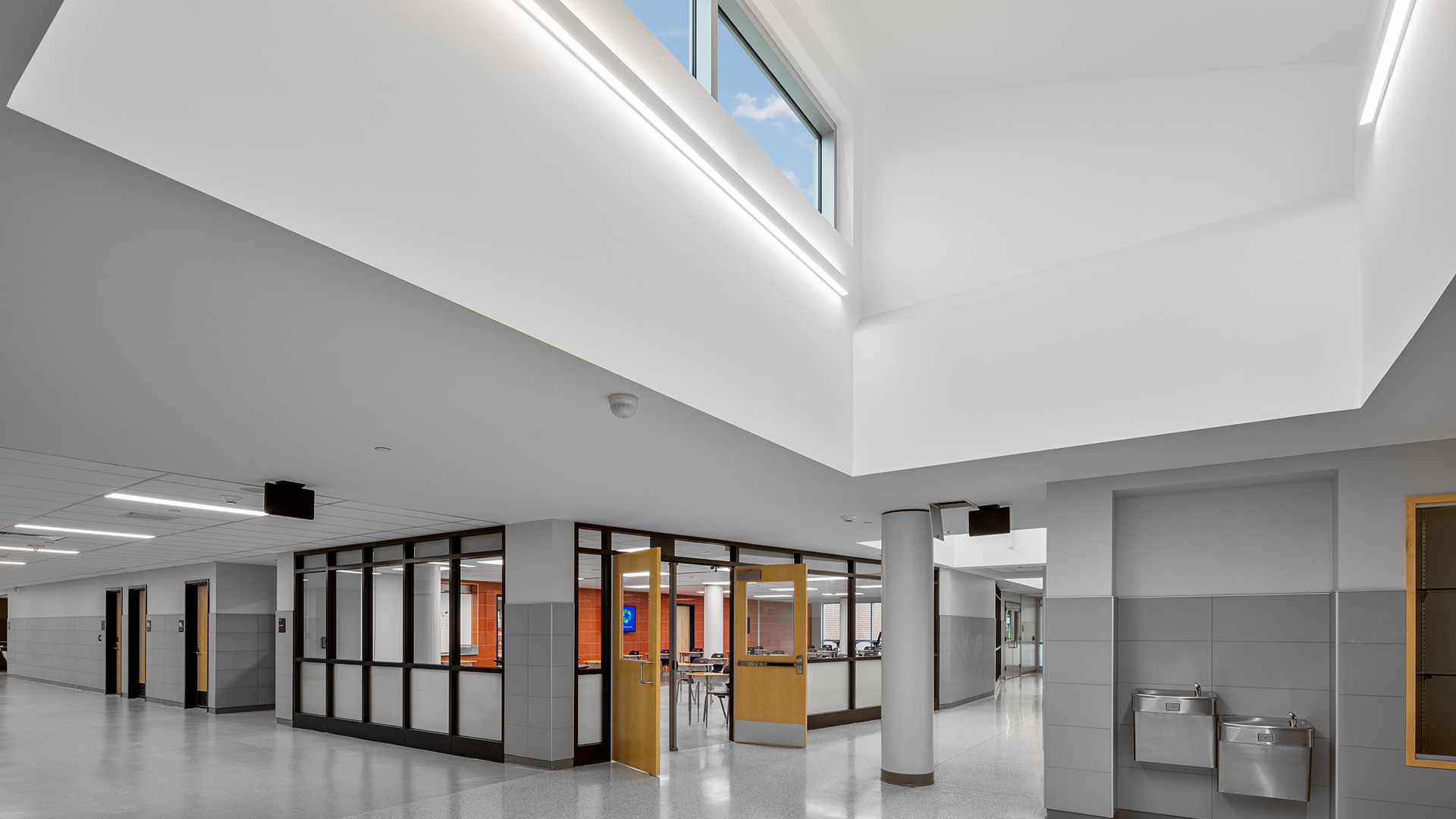 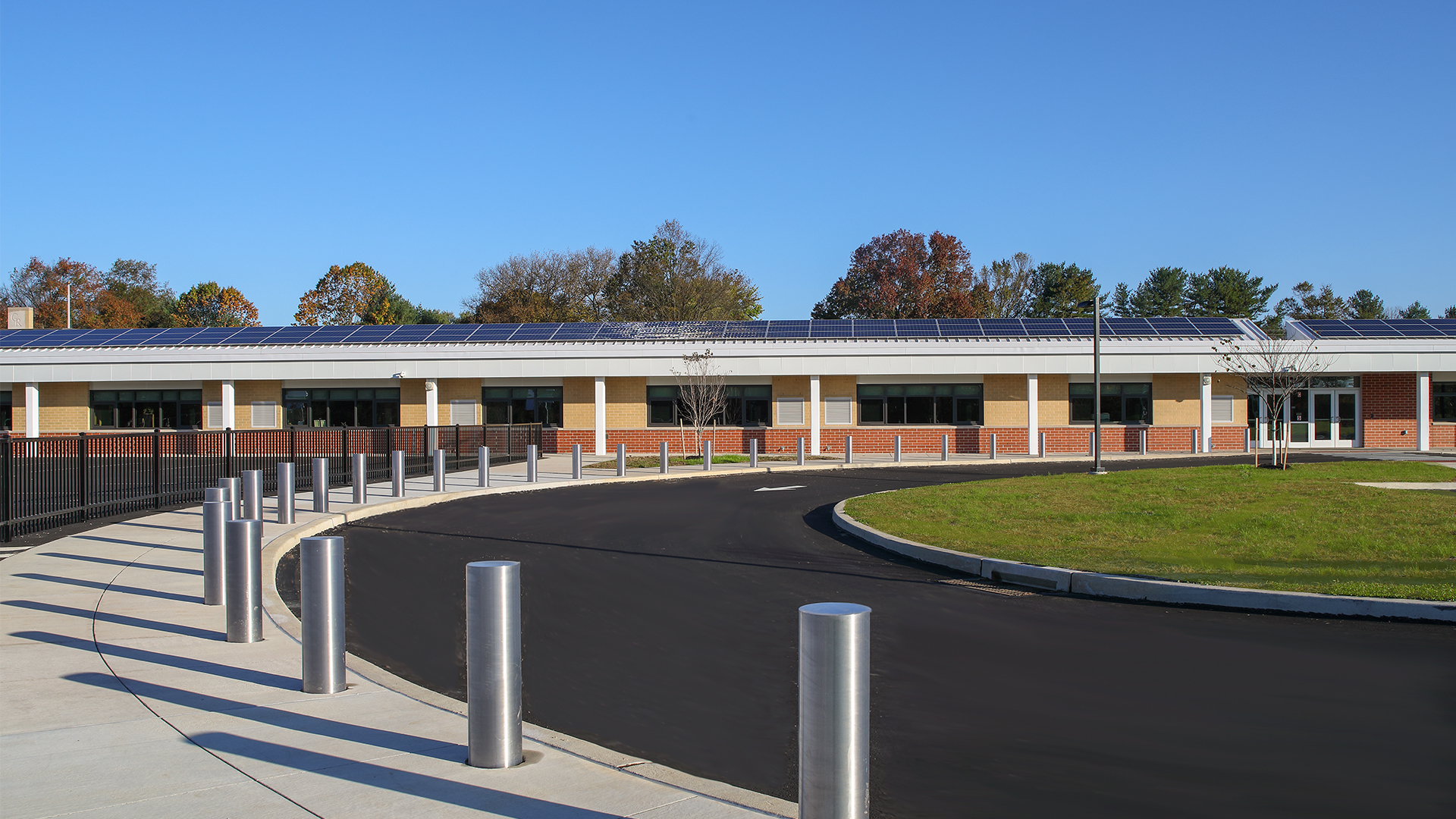 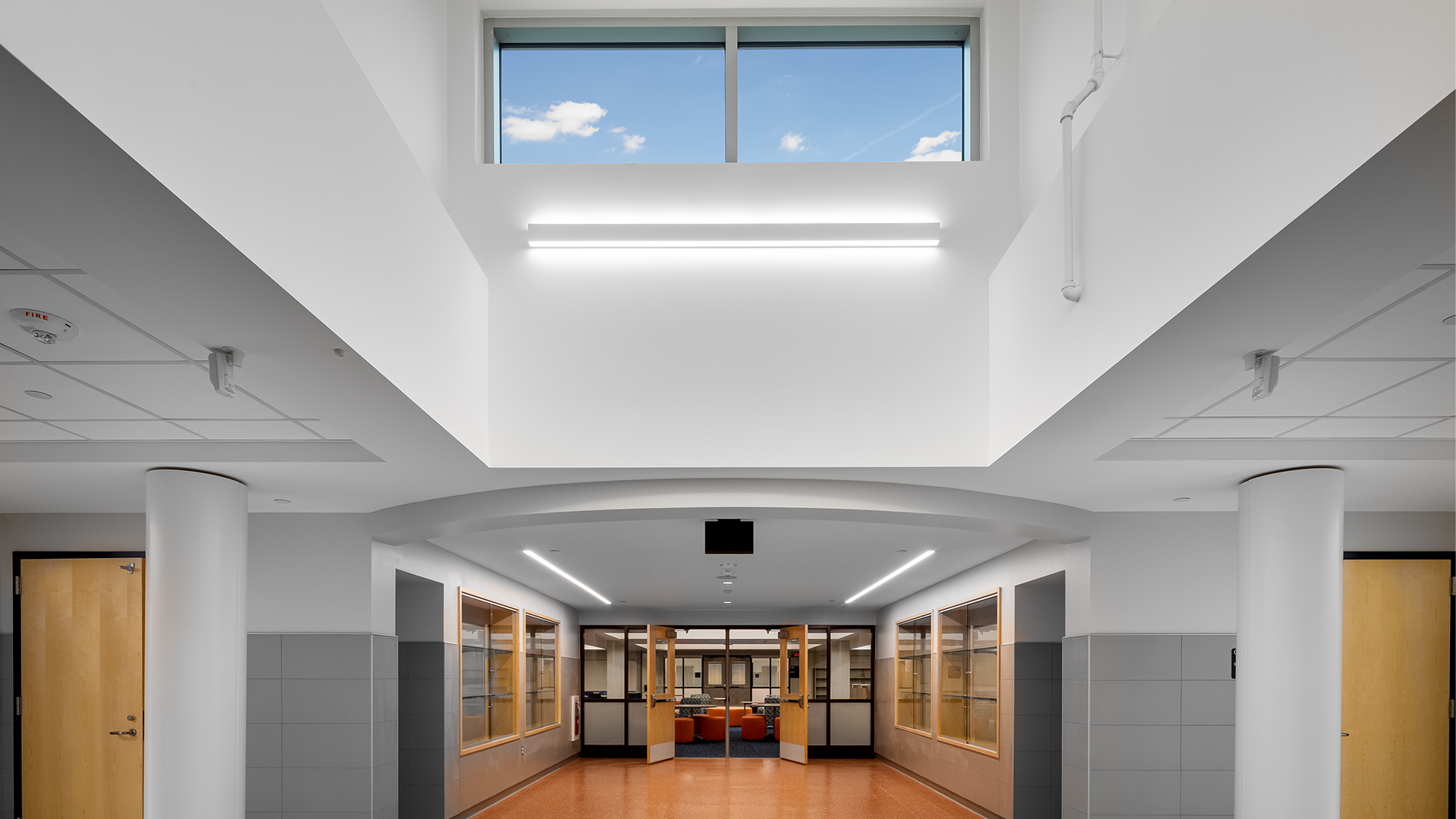 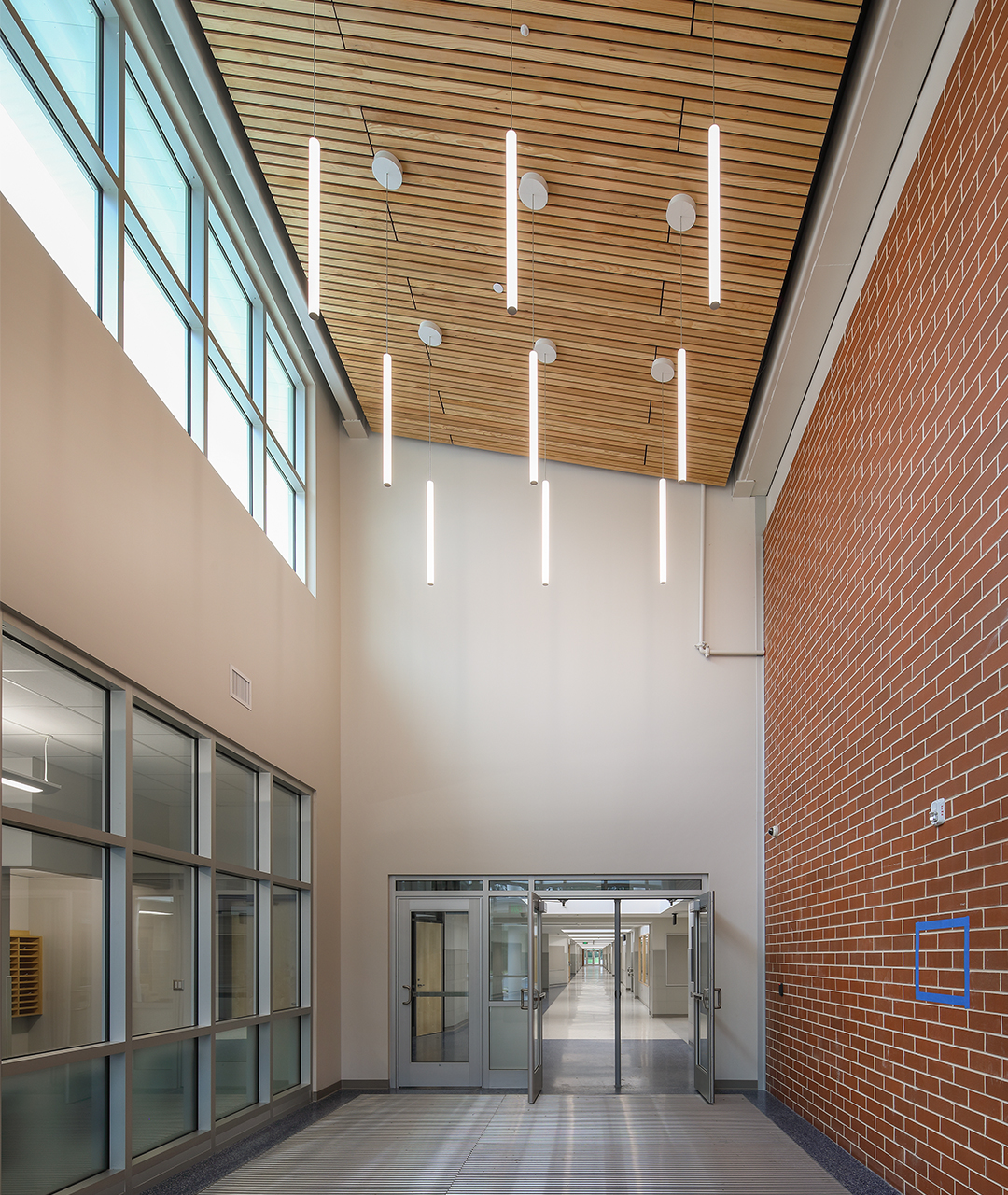 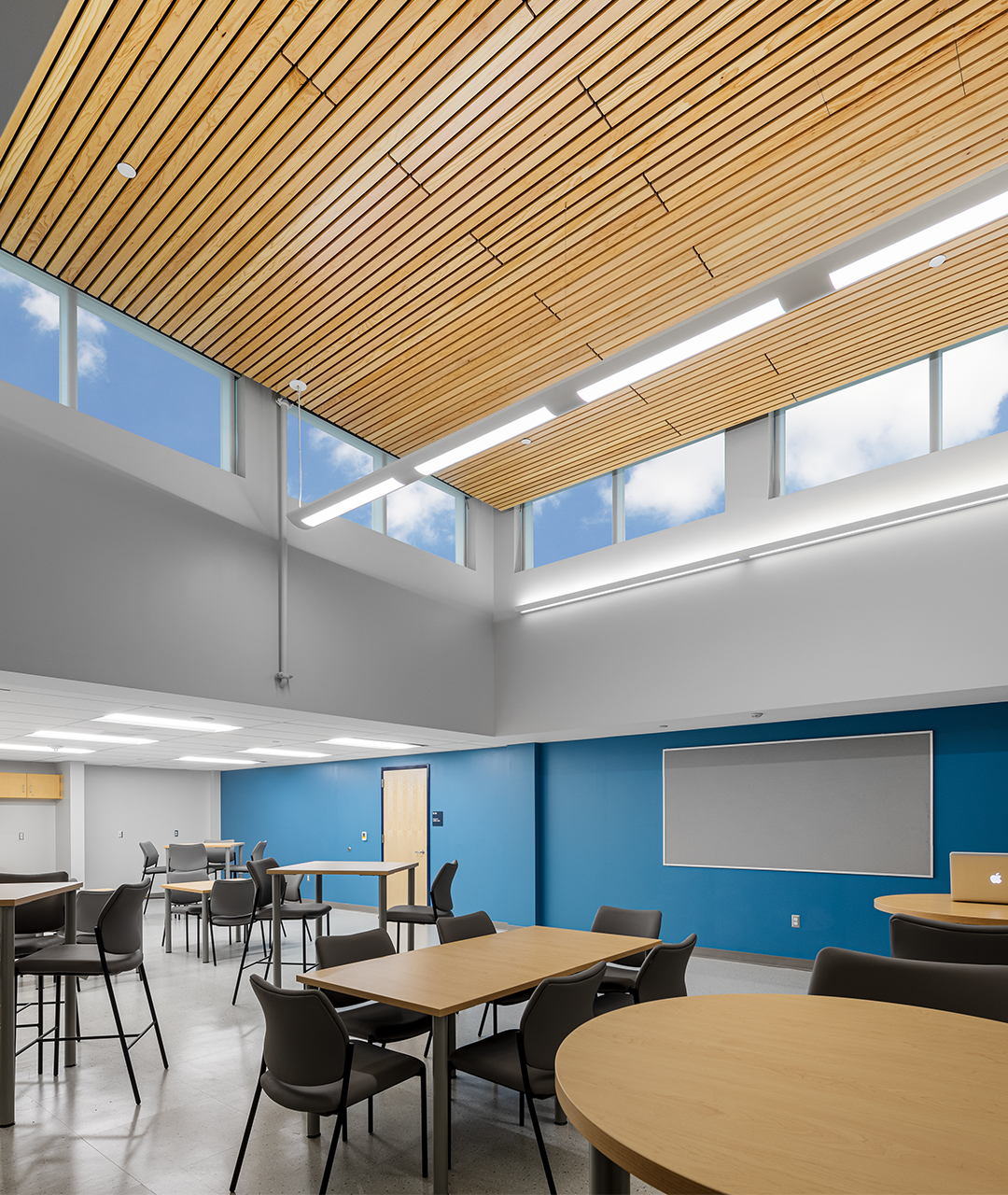